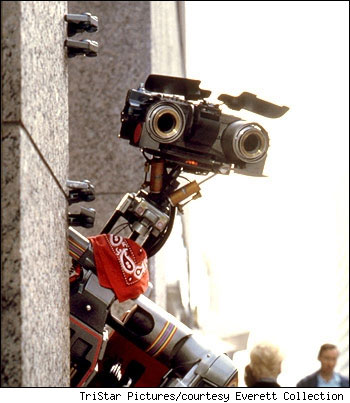 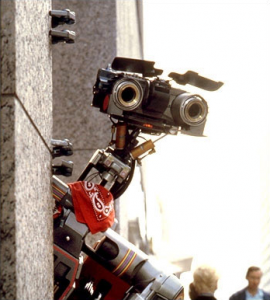 Over the years, I've learned it can be hard to tell the difference between a Robot and Human … er … well that is, on the Internet. Pretty Link and Pretty Link Pro can now help you unmask those pesky robots clicking your links. There have also been several other features and bug fixes added in the last week that I'd like to update you on and give you a little bit of info about:

This one has been a long time coming. You can now go into “Pretty Link” -> “Options” under “Reporting” and select Filter Robots. Robot Filtering will only work for new links — any robot hits that were recorded in a version of Pretty Link before version 1.4.21 won't be able to be filtered. With that said, if you're really wanting your old hits to have the ability to be filtered just comment on this post — if there's a demand, I'll post some code that you can run on your server to do this effectively. Another thing to know about the robot filtering is that it will eliminate the lion's share of bots (like 99% of them) — but there may be a few that slip through the cracks — I'm working on some future enhancements that will close the gap on this — but for now, if you still see 1 or 2 bots in your hit list don't be alarmed.

Another big one is that Pretty Link Pro users can now modify or completely remove their attribution link on the Pretty Bar (the one that says “Powered by Pretty Link”). This is a big one because many of you have been having to modify this link every time you upgrade — which is a pain in the butt. Now Pro users can just check a box to remove this link or enter their affiliate URL which will replace the default URL for that link. This is cool because Pro users interested in promoting Pretty Link Pro for a 50% commission can get exposure every time they share a link.

After launching the public link creation feature for Pretty Link Pro users a few weeks ago, I've had several requests for a few additions to it. The first was that the default success page (the page that the Pro user's visitor will go to after they create a link) didn't do enough for the visitor. Now that page has link URL, title and a row of social buttons so they can send the link to other sites like Twitter, Facebook & Linked In. If you want to retain your own branding on the success page, there are also several new shortcodes you can put on your custom success page:

I've also altered the validation on pretty link slugs to include the use of utf8 characters. This means you could create a pretty link for your copywrite notice like this: http://example.com/© — this is really cool but should still be used judiciously because there are still many places where these types of links could be posted to that won't recognize this as a valid URL.

In addition to all these feature enhancements, there have been numerous bugs squashed. There was one particularly nasty bug affecting a few Pro users that was fixed (I had some awesome help on this one from Clay Loveless of KillerSoft). In addition to this one there were bugs in the JSON decoding routines, database models and many other places.

I'm still in the process of updating the Pretty Link Pro User Manual to show all of these changes and exactly how to use them — but if you have any questions you can always post a comment or send me an email and I'll see if I can help.