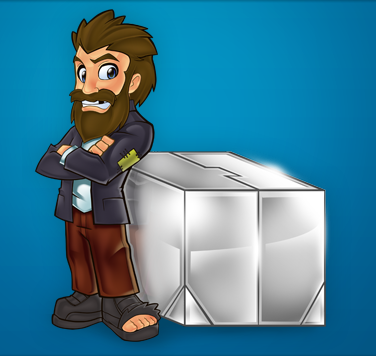 I've always been somewhat disappointed with the available options for running WordPress locally (not to mention the lack of functionality making every WordPress site slow). Generally, there are pros and cons to each method (MAMP, WAMP, XAMPP, native, self-compiled, Fink, Homebrew, etc) … but they've taken too long to setup, don't allow for enough configuration options (or in most cases allow me to run multiple WordPress websites at the same time) and leave unused config files and data deep inside my computer when I decide to uninstall. Vagrant is a new way of approaching this setup and seems to solve all of the issues I've had in the past when trying to get a local environment up for WordPress.

Vagrant isn't always used to run WordPress locally (obviously, it has many…many other uses) but I've found that one of the main ways I use Vagrant now is for running a LAMP (Linux, Apache, MySQL & PHP) server locally … which I then run WordPress on.

There are several reasons why I think Vagrant is a great solution for running WordPress locally. Here are a few:

Here's how you can set up Vagrant on Mac (the Windows setup should be almost identical) for running WordPress locally. The box that Vagrant maintains (http://files.vagrantup.com/lucid32.box) is a basic Ubuntu Linux virtual machine … so, I took that box, added the LAMP stack on top of it and have made it available for you to easily get this working on your computer:

Getting to Know Vagrant

Here are some other useful commands that you can run in the terminal to interact with vagrant now that its installed:

To power up your vagrant box:
vagrant up

To shut down your vagrant box:
vagrant halt

To destroy your vagrant box (this will remove it from your wordpress directory):
vagrant destroy

To remove the vagrant box from vagrant itself:
vagrant box remove caseproof-lamp

You may have noticed that when you ran vagrant init ... that it created a file in your wordpress folder named ‘Vagrantfile' … this is the vagrant config file for your current vm. It has all kinds of useful options … but perhaps the most useful one is for forwarding ports which you can use to change the port your local website will be available on (so instead of http://localhost:8080 you could access it on http://localhost:4567) which is going to be necessary if you use this same box for multiple different websites on your local machine.

Now, of course, this vagrant box is a full LAMP server so now if you wanted to run Drupal, Joomla, or CakePHP you could easily download into another directory and since you don't need to add the caseproof-lamp box twice — just issue vagrant init caseproof-lamp, edit your Vagrantfile to forward to a different port (remove the # before the forward port line and replace 8080 with whatever port you want), issue vagrant up and you're done.

One thing to note is that if you need to do some more advanced things with your Apache or PHP configuration … you'll have to ssh into your box and configure it just like you would a Linux server. So, if you have this requirement and you're uncomfortable with editing files on your vagrant box then it may be best to go with MAMP PRO or something that will provide a GUI for this. However, if all you want is to get a standard WordPress site up locally then this box should work well for you.

I've also got a ruby box that is configured with Ruby, Rubygems, Apache, Passenger, Git & MySQL (yeah, you can install Postgresql or Mongodb if you need to). I find that with ruby I still like to ssh into vagrant (mainly because of all the commands you have to run within the ruby environment) … the shared folder with your vm is located in /vagrant/ once you've ssh'd in. I've also set this box to run on port 3000 rather than 8080.

If you want to do some more advanced stuff or need more detail than I've offered here, there's quite a bit of documentation over on the Vagrant Website.

I'm still playing around with Vagrant though. If you're doing something cool with Vagrant I'd love to hear about it here.